The store will not work correctly in the case when cookies are disabled.

The company of Warren and Brown was founded in 1921, commencing as jobbing engineers, specialising in tool making and gear cutting.

The business was gradually extended with the development of a number of production lines suited to the automotive reconditioning business. These consisted principally of valve refacing machines, valve seat honing equipment, reamers, cutters, etc., all of which were successfully

The company of Warren and Brown was founded in 1921, commencing as jobbing engineers, specialising in tool making and gear cutting.

Before the war many essential tools and equipment were imported from overseas. As they became unavailable, Australian companies were requested to undertake this manufacturing. One of the very special items developed at W & B was the self-centring lathe chucks in a range from 3″ to 12″. The standard of lathe chucks met the highest world regulations. Unfortunately, when hostilities ceased the specialised equipment was put in cold storage, due to the economics of volume.

The business expanded steadily, particularly in the development of automotive servicing tools and equipment with the W&B product range earning a very high reputation both in Australia and overseas. From a small shed behind his home to a world renowned company. 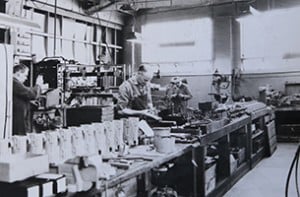 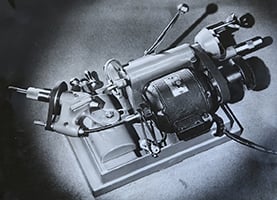 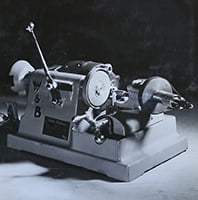 Warren & Brown Pty. Ltd. became part of the Repco organisation and with the added resources available, the company’s products expanded into the heavier equipment field, such as clutch rebuilders, testers, boring bars and other machines. 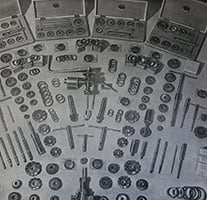 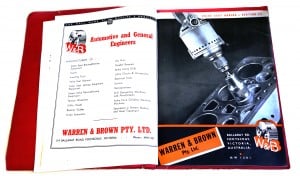 When the company applied its electronics expertise to its long established clinical air pumps, this resulted in the first switch mode circuit being designed and patented in Australia. This circuit, which can operate on either 12Volt DC or 90 to 260Volts AC enabled sufferers of asthma,

emphysema, cystic fibrosis and other respiratory ailments to be fully mobile as the pump could operate in a car and aeroplane or from any domestic electricity system around the world.

The company embarked on a major update in 1977 with the acquisition of its first C.N.C. (numerical control) lathe. In the following years two more C.N.C. lathes and a C.N.C. Machining Centre had been purchased.

Exertech Exercise Monitoring Equipment was invented in conjunction with Repco Research
and the Australian Institute of Sport.

As a tool designer and manufacture, Warren and Brown were approached by Telecom Australia
(Telstra) to design and produce coax cable stripping tools. This has led to the development of many other tools for Telstra and other major companies. 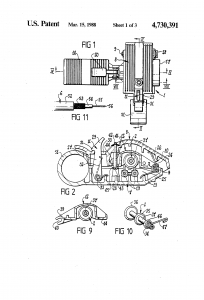 Warren and Brown introduced wheel torque sockets.
Wheel Torque Sockets were not being used in the Automotive industry prior to this. Hence, there was a limited range available for purchase at the time.

Warren and Brown took over Scope. 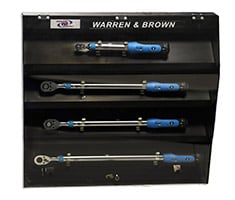 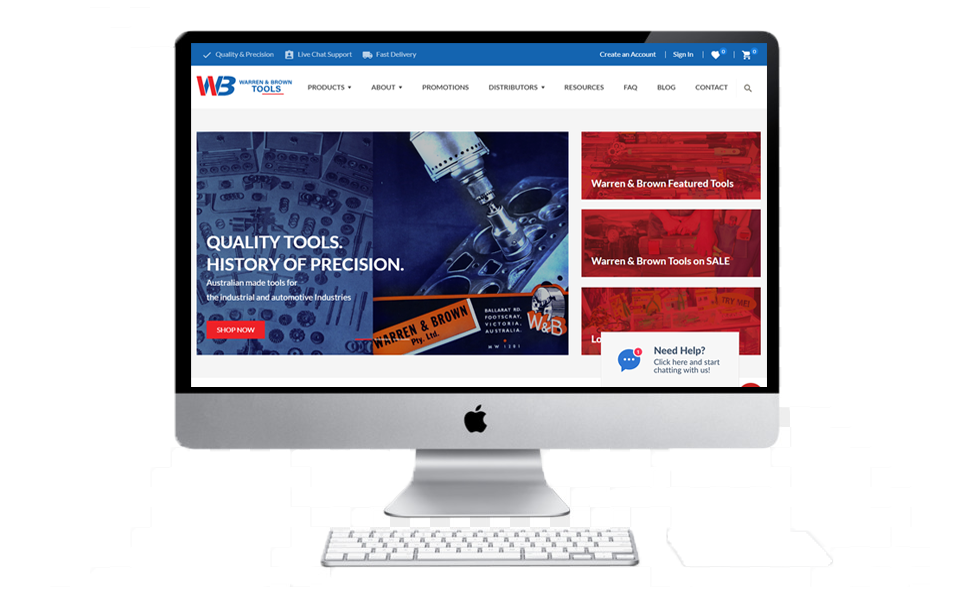