How to remove damaged, rusted or stuck screws?

How to remove damaged, rusted or stuck screws?

A frustration faced by most tradespeople and handymen at one point or another is the problem of removing screws that become stuck, rusted or frozen in place. Accidental damage of a screw head can happen all too easily, and existing wear and tear on the screw head also contributes to screws getting stuck, making it an annoying and seemingly impossible task to remove with a screwdriver. How can this problem be solved? Warren & Brown Precision Tools have solutions for removing truss, round, pan head and flat head screws that just won’t seem to budge, without the headache or frustration.

How to remove stuck or damaged truss, round or pan head screws? With a screwdriver not being able to properly grip onto the screw, many people will turn to the use of pliers or another tool to try and solve their problem. An annoyance that can then arise, is that many pliers only have horizontally serrated teeth, which are usually ineffective for gripping the stuck screw. The pliers will continue to slip, without successfully loosening the screw. 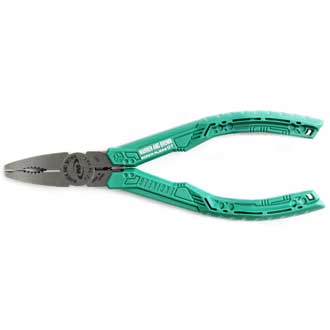 The PZ series Screw Removal Pliers have been specially designed for the removal of stuck truss, round or pan head screws. As well as being able to cut, crimp and perform other functions generally performed by most traditional multi-purpose pliers, the Screw Removal Pliers have the additional benefit of being able to remove rusted, stripped and stuck screws. Using a combination of horizontal and vertical serrations, the patented Screw Removal Pliers can generate enough gripping power and friction to easily remove the stuck screw. Available in a range of six different models, these pliers are perfectly designed to remove truss, round and pan head screws. The affordable and versatile screw removal pliers can also be used to crimp, cut cables, cut metal sheets, twist wires, and more. 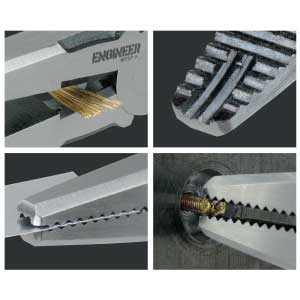 To find outs more about the PZ Series Screw Removal Pliers, check out the product page.

How to remove stuck or damaged flat head screws? 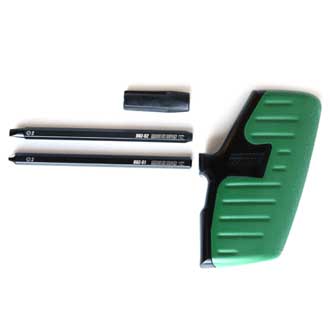 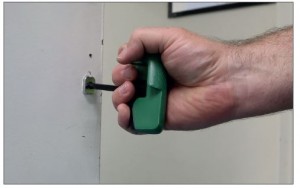 Part No: DBZ60G Find out more about the Rapid Screw Extractor by visiting the product page, which includes an instructional video.